Showing posts from July, 2020
Show All

Chairs.... why they are a hidden health problem 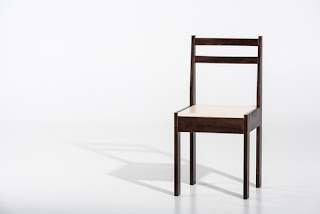 5000 or more years ago yoga was developed as a spiritual practice.  It was developed to bring people present through working in the body, to bring them closer to God, closer to the divine. And those ancient yogis of long ago, developed a practice, through use of different forms and positions,  that grew out of their bodies, by watching nature,  grew out of a culture,  these ancient yogis grew up in an environment where sitting on a chair was not normal.  Chairs did not exist.  Those early practitioners of Yoga, and those yogis from India who, 1000’s of years later, brought yoga to the west had a very different relationship to sitting.  They grew up where, for the most part they would sit crossed legged on the floor or squat. Squat or sit on the floor for everything.  Sit cross legged to eat, squat to cook,  sit cross legged on the floor to meditate,  sit cross-legged to gather and chat, and they would even squat to go to the toilet.  We westerners have grown
Post a Comment
Read more
More posts